SmartStrand Silk With All Four S’s 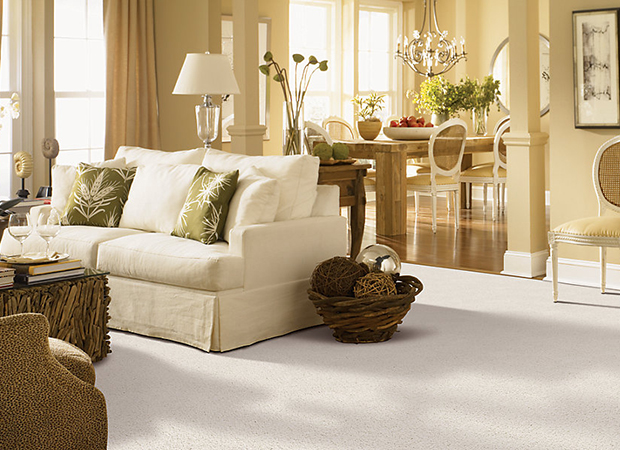 With its four S’s, SmartStrand™ Silk is the super star when it comes to answering every consumer concern. The style fits into every decor, and it’s so functional that it works in any house, even those with heavy foot traffic, kids and running pets.

This carpeting underscores the company’s philosophy of “softness without sacrifice.”

Best of all, you can get it right here in San Diego at Metro Flooring.

● Style: Doesn’t the word “silk” just automatically make you think of luxury and opulence? After all, that’s what the robes of Kings and Queens were usually made of.

It also makes you think of words and phrases like “soothing,” “soft,” and “pleasing to the touch.”

Well, that’s exactly what you get with SmartStrand Silk carpeting. In fact, one of the taglines on manufacturer Mohawk’s website is: “every step is a soft one.”

Over 700 silk-like fibers make up one single strand of yarn!

As for style, how about a large color range? There’s over 60 of them, as well as a range of styles, from plush to Berber to geometric cut and loop.

● Superior Performance: Durability is one of the top consumer concerns. This product has been tested extensively; in fact, it lined the cage of a rhinoceros for two weeks, and you can only imagine the punishment it took! But at the end, it was not damaged at all and, as a reminder, the fiber is invented by DuPont, the same company that invented silk which, for years, took the #1 spot as the toughest material. (It’s actually been pushed back by this fiber.)

● Stain Resistance: You could say this is part of the fiber’s DNA because a special Nanoloc ™ technology is built right into the fiber. That means, unlike spray-ons, or other treatments, it cannot wear off. By the way, speaking of that rhinoceros cage, at the end of two weeks, all the dirt came off just by being hosed down with warm water. If it can survive the waste of a 5400-pound rhino, it’s pretty safe to say it can survive pet accidents and odors.

● Smart for the environment: This is made of 37 percent corn glucose, as opposed to all petroleum-based products, meaning fewer chemicals and less emitting VOCs (volatile organic compounds). SmartStrand Silk also uses a lot less energy, up to 30 percent less, to create the carpet.

Come into Metro Flooring in San Diego (next to The Pyramid) to let our experts show you how to have both aesthetics and function.